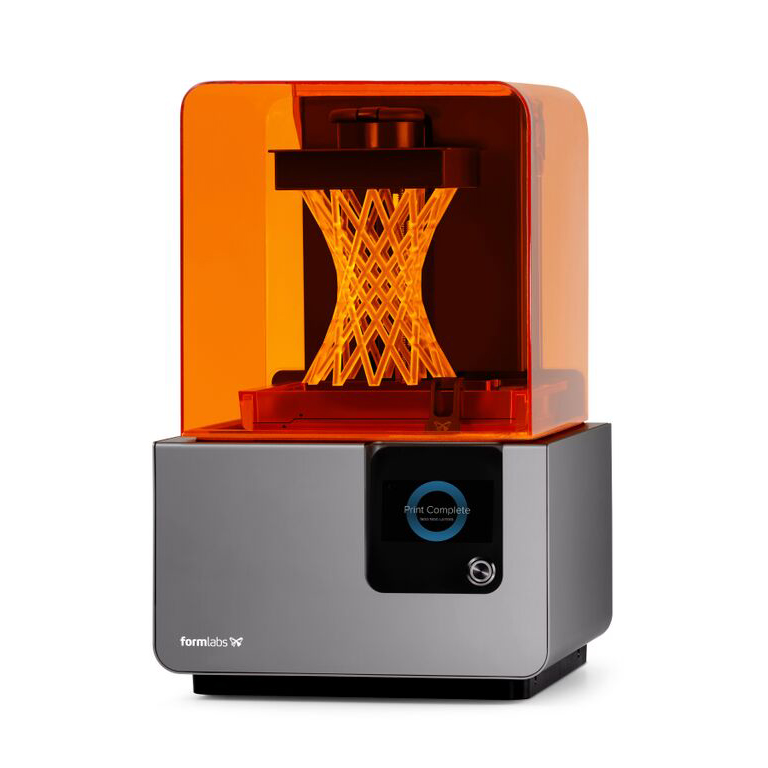 Ever since Form Labs has started, they have been creating some great 3D Printers. Even though the Form 1 was supposedly a “prototype” it seemed to be a great 3D printer. However the Form 1 did have some flaws, and the Form 2 is Form Labs’ Form 1, but without the bugs. Because of this, most people are SUPER excited about the Form 2, and everybody that has reviewed the Form 2 has said it is a great 3D Printer. In fact, the Form 2 was the #1 Most Wanted printer on 3D Hubs!  The Form 2 boasts lots of great features, but I think the most impressive feature is a resolution of 25 Microns! That is 1/4 as thick as a sheet of paper! The way the Form 2 achieves this resolution is through a process called SLA printing (Stereolithography printing). The process of SLA printing is pretty hard to understand, so I recommend you see my What is 3D Printing Page, to truly understand SLA printing. However, I can tell you that SLA printing is super precise, and super awesome! That is probably why everybody (including me) is so excited about the Form 2, and I definitely recommend checking it out. The only downside to the Form 2 is that because it uses SLA printing, you have to cleanse each part. This takes a whole station (and a lot of room). Other then that though, I definitely recommend the Form 2 3D Printer, which can EASILY create some epic 3D stuff.